No More Hoops – A Story of Breaking Free from 3CX

An Expert in IT

If there is one thing that John Tinning knows, it is how to run a Telecommunications Company.

With his professional life dedicated to technology and IT companies, he has often been hired as an expert to help start companies or develop products.

One such opportunity left a bit of a sour taste in his mouth, however. He was working with a start-up to develop a product for the electronics market. Every time he inquired about when a certain feature or component would be added, the answer was always the same: “in the next generation of the product.”

His frustration with that approach led to him start his own company with the clever and apt name of Next Generation. With the freedom to run things his way, Tinning offers a vast array of services relating to IT, Communications, and modern technology – all covered by his promise of quick and timely customer support.

NextGen grew quickly through referrals – a business model that we value greatly and are happy to support in our partners.

By the time 3CX made its debut in 2007, Tinning already had some experience working in VoIP. Intrigued by the fact that 3CX ran on Windows rather than Asterisk, he joined in its infancy. He remembers that it seemed like a good product and he found it more familiar and less intimidating than open-source Asterisk alternatives.

He moved a few clients over to 3CX and had a few good years. Then things began to change.

John Tinning runs Next Generation Associates and finally broke free after more than 10 years of jumping through hoops as a 3CX dealer. 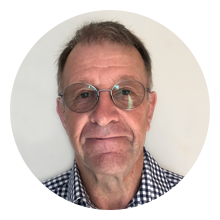 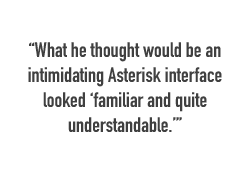 It was subtle at first, but the issues arising quickly became too many to brush under the rug. Tinning’s grievance against 3CX was twofold: There were getting to be too many hoops to jump through and 3CX was trying to take his customers.

Based in Scotland, NextGen is somewhat secluded from the rest of the world. But 3CX claimed to have great customer support, so it did not occur to Tinning to worry about the geography.

Early on, 3CX did hold a conference right in Scotland that was near to Tinning and his business. Then they never came back. They expect customers to travel to them for trainings or presentations.

He began questioning their approach to customer support, even calling it “dismal”, but nothing changed. This was the start of his disillusionment.

From there, matters only became worse. As 3CX business practices evolved, Tinning’s began to worry about protecting his own customers. While we will not go so far as to say that 3CX was trying to take his customers for themselves, it was concerning when they began collecting customer details and contacting them directly. He was the one that had brought these clients to 3CX in the first place, and now he feared being cut out of the chain entirely.

In his own words, Tinning describes one phone call that really opened his eyes:

“I received a phone call from an individual at 3CX who informed me that if I did not take the accreditation test and meet their sales targets I would not be able to support my customers. When I asked ‘how will they know?’ the reply was ‘we will call them and inform them’.

This angered me and I recall being very forthright with my feelings on this indicating that I had been supporting 3CX for some considerable time and felt annoyed that I would have to prove my ability to support the product. This call was the beginning of my determination to move away from 3CX.”

More than just questionable business ethics, this was downright offensive. With his company and professional life so invested in the reseller channel, it was difficult for Tinning to comprehend this kind of cut-throat business practice.

A Call from Stephen Corrigan

One day in the midst of this, Tinning received a call from Stephen Corrigan, former Sales Director at 3CX. He had worked with Corrigan before and always found him to be very helpful.

Curious, he listened as Corrigan explained that he had left 3CX and joined Bicom Systems. He thought that Tinning may benefit from the Bicom solution and explained how it differed from 3CX.

Though it sounded like a good product, Tinning was so disillusioned by that point that he was wary of more hassle and change and opted to stick with 3CX.

As the months wore on and 3CX gave him more and more hoops to jump through, Tinning kept remembering that call and the Bicom Systems solution.

When the news came that 3CX would no longer support Yealink T22P telephones he was dismayed.

Tinning supports an accounting firm with two offices in Edinburgh that use Yealink T22P phones exclusively. 3CX considers these phones “End of Life” even though they are not old devices at all. To throw out perfectly good devices and purchase all new ones was unthinkable.

Worn down by 3CX, he picked up the phone and called Stephen Corrigan. He was ready to give Bicom Systems a try.

Right off the bat Tinning was surprised and impressed by PBXware. What he thought would be an intimidating Asterisk interface looked “familiar and quite understandable.”

Not one to lose time, he asked Corrigan if he could move over his client with the Yealink phones. Bicom Systems drew up a contract and got right down to work.

With only ten days between the end of his 3CX contract and the big day at Bicom Systems, Tinning was put on the fast track. He had one day of training and spent a weekend setting up the system.

The Bicom Systems on-boarding staff dedicated themselves to this case to make sure training was not just quick, but comprehensive.

Tinning was shocked at “how easy and smooth the transition process was” and “how easy it was to set up the phones”. Of course, everyone was grateful that the Yealink T22P phones could be kept, especially with the auto-provisioning feature that is just so simple.

Monday came, and his client’s system was up and running.

Today, Tinning says that he is “very grateful to Bicom Systems for putting him on the express track” and getting his client up and running so efficiently and quickly.

Overcoming Fear of the Cloud

This is not to say that the move was 100% painless. Of course that is not possible in a real world.

More than anything, Tinning struggled with the concern that he was going to lose control of his system. He was accustomed to on-premise installations with 3CX, so moving to Bicom Systems and the Cloud was a big change. He feared control would be lost and he would be at the mercy of a new company who may or may not provide adequate customer service.

As soon as he was using the Cloud his presumptions vanished. He realized that he did have absolute control via an online portal. He could make changes and manage all of the settings, plus his changes would be instantaneous. Because the interface and system felt so familiar, he was a pro within no time.

Not to mention the benefits of hosted systems versus on-premise. To name just a few, hosted models are easier to manage, more cost-effective, and lend themselves better to growth and change.

(To learn more about the benefits of hosted versus premise, see our paper on 7 Reasons You & Your Customers Should Switch to Hosted.)

Part of a Team

Any concerns that he had about Bicom Systems customer support dissipated with the first phone call. The training process went smoothly, and he has found the support team to be very responsive and helpful.

He says that if any issues that do come up, he gets an answer right away. Being on the Bicom Systems team means you are actually part of the team.

“My dealings with Bicom Systems and moving over a multi-site existing phone network within a very short period of time were made seamless with the professional support from the Bicom Systems support team.”

If you are a 3CX dealer and want to break free to pursue a better option, we can help.

For resources, including more stories like John’s, visit www.bicomsystems.com/3cx.